…that Kent have made two big radio series for Swedish National Radio, SR. 20 programmes with nerdy facts and history and with well known and unknown Elvis songs. The series have been broadcasted in P4 Uppland, P4 Värmland and P4 Östergötland. The last series can be found here on this webb (länk)

…Kent had Elvis as a babysitter! When his parents wanted som peace and quiet they took him to his aunt who was a huge Elvis fan and put him infront of her stereo and record collection. Kent could sit there for hours mesmerized.

…Elvis at Parksnäckan has the audience record at the big summer venue in Uppsala City Park. (Since it was rebuilt 2001)

…for 10 years Kent has tried to convince Nicke “Speedy” Widén to record his own Elvis tribute with pedal steel version of Blue Hawaii and & other great instrumentals associated with the King. Kent is even prepared to pay for the whole production but Nicke always chickens out. That fantastic record will probably never see the light of day.

… when an Elvis expert, author and journalist at one of the big daily papers of Sweden, in an interview, was asked if there was any Swedish artist that could capture the soul of Elvis, his anser was Kent Wennman. Not that he sounded or looked like Elvis but somehow anyway captured Elvis musical legacy.

…Stefan “Slappin´Steve” Persson, often bursts his pants when he gets too far into the groove with his stand-up bass.

…that Kent was once working under the pseudonym Aaron Springfield. 1994 he released an album, House in the country, to much critical acclaim and for a few years toured as a country artist and played many of the big country festivals. 1997 he put his Stetson hat on the shelf for good.

…Per-Åke “Påken” Persson is the only person in the world that has managed to make Kent do something he didn’t want to do. Mind you, he had to use a knife to make him but still.

…that Kent in the 90s was releasing records under his own name with his self-penned songs. He mad 3 albums and most of the singles made it to the A playlist of Swedish National Radio, SR.

…that Kent has never been to Memphis. Nothing less than a scandal!

…Ulf “The Mighty Shadow” Holmberg is always having problems keeping the Christmas songs apart, usually mixing them up while playing. Luckily the musicians in the band knows about this weakness and always manage to follow him. 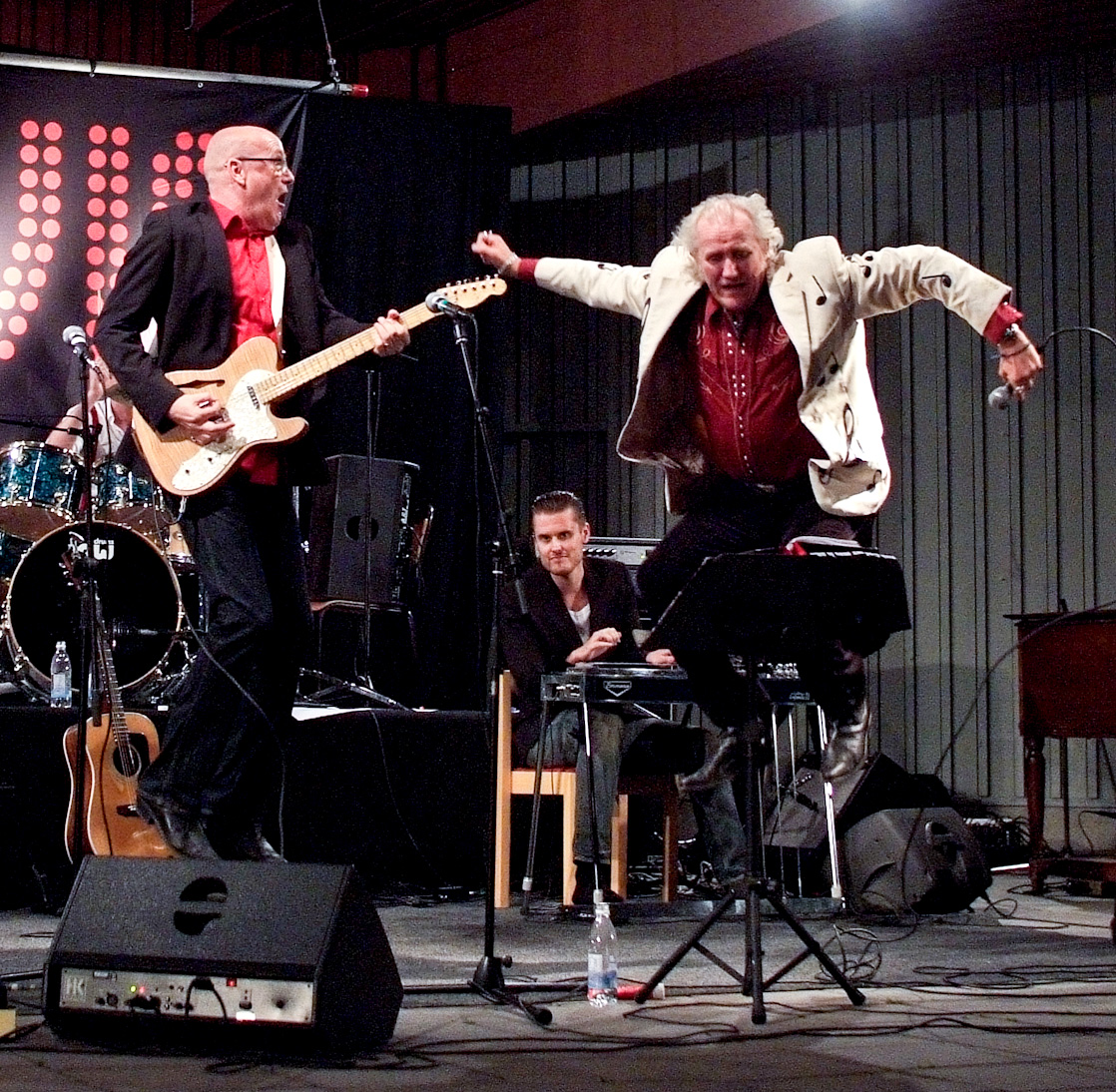 Kent had Elvis as a babysitter! Read more (In Swedish)
https://www.svt.se/nyheter/lokalt/uppsala/jag-hade-elvis-som-barnvakt